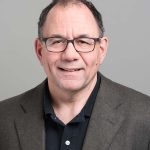 Jonathan studied at University of Toronto and Queen's where he received his Ph.D. He has taught at a number of places including the International Studies Centre (Herstmonceux, UK), Charles University in Prague, Bratislava, Slovakia and Kwansei Gakuin University in Osaka, Japan where he was the Visiting Professor of Canadian Studies. In 2008, Jonathan was a Visiting Research Fellow in the School of Political Science and International Relations at Victoria University of Wellington, New Zealand. He is the author of Making Pictures in our Heads, Government Advertising in Canada (New York: Praeger Press, 2000). He is also the co-editor of Canada: the State of the Federation 1998 and is the lead author of The Art of Negotiation, a simulation exercise about federal-provincial diplomacy published by Broadview Press and translated into three languages. His most recent book co-written with Patrick Fournier, Henk Van der Kolk and R. Kenneth Carty is When Citizens Decide: Lessons from Citizens' Assemblies on Electoral Reform (Oxford, 2011). It was the recipient of Seymour Martin Lipset Best Book Award, Canadian Politics Section of American Political Science Association. Jonathan's teaching is varied. He has taught graduate and undergraduate courses in Canadian politics, political communication, federalism, the mass media, electoral systems, intergovernmental relations and public policy. In 2010, he received the Frank Knox Certificate of Commendation for Excellence in Teaching. In 2011, Jonathan was the recipient of W.J. Barnes Teaching Excellence Award.

"The TRP really speaks to the patient-centred approach to research.”